This is an embarrassing admission: I sit here, an aspiring automotive journalist, having not driven a Porsche once in the decade-long period since I got a driver’s permit (and in the 23 years that cars have clawed at my brain). This is like being a Communist who had never read a single word of Marx. Regardless of what niche of the community you eventually fall into, it’s widely accepted that Porsche has created the foundational work of sports cars. A lack of familiarity with it calls into question the solidity of your other opinions. My other opinions, luckily, are terrible, but I want to drive a Porsche anyway.

As a result, I decided that I must fix this glaring hole in my automotive lexicon. Before I do that, though, I need to discuss what makes a Porsche in the mind of a person who’s never actually turned the key of one themselves. 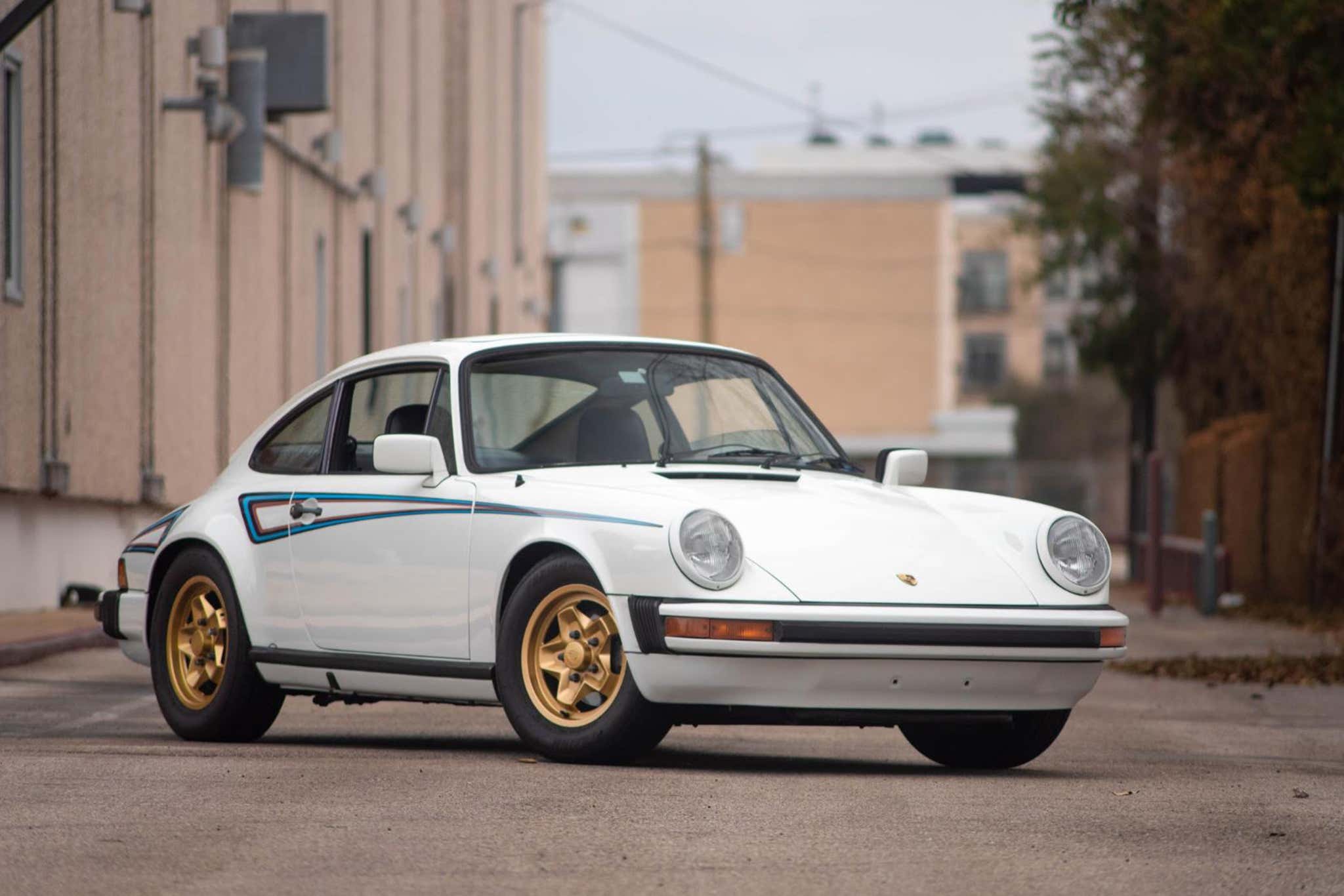 I have seen a lot of Porsches. I do not know the chassis codes, because they are intentionally confusing, and the values of the used market are so stratospheric and fickle that I don’t even allow myself to imagine having one. Until I have the keys to a Porsche in my hand, I don’t even allow myself to imagine driving one. A 911 or a Carrera GT has never been my defining bedroom-wall car, but I have also craned my neck to stare at every single one driving past for the entirety of my life. For me, browsing through used Porsches is sort of like looking through weird mansions on Zillow. An intriguing thought exercise, but nothing more than window shopping.

I have ridden shotgun in one Porsche in my life—the heavily-modified RWB example seen below. It was glorious. It gave me that extremely raw, visceral feeling that any gutted and caged racecar on proper suspension provides. There was nothing as a passenger that made it feel distinctly unique as a Porsche versus, say, a stripped out and modified Civic. It was far more defined by being modified than it was by being a 964, and so it was difficult to glean whether the car itself was special, or the intense tuning had made it into something awe-inspiring. 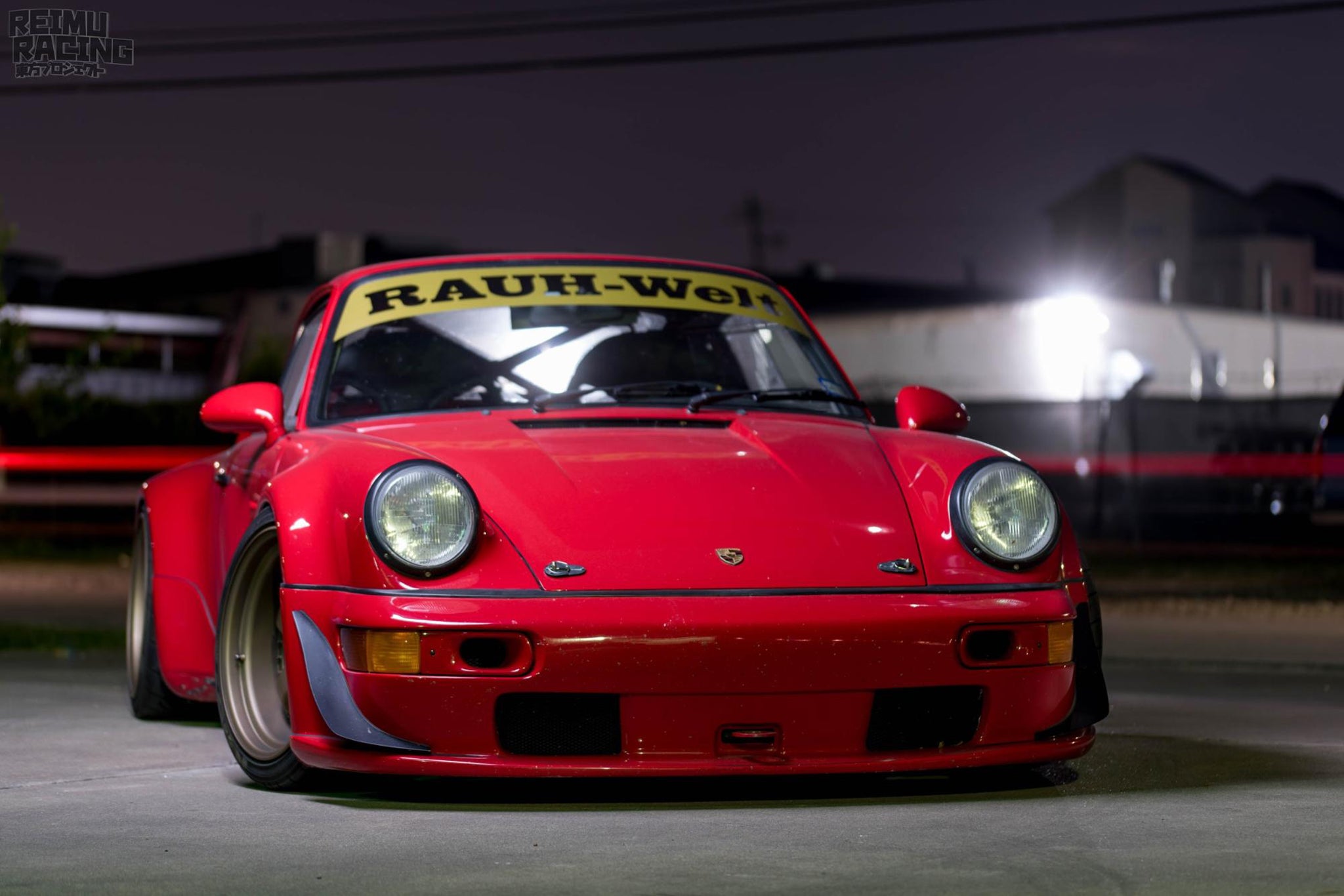 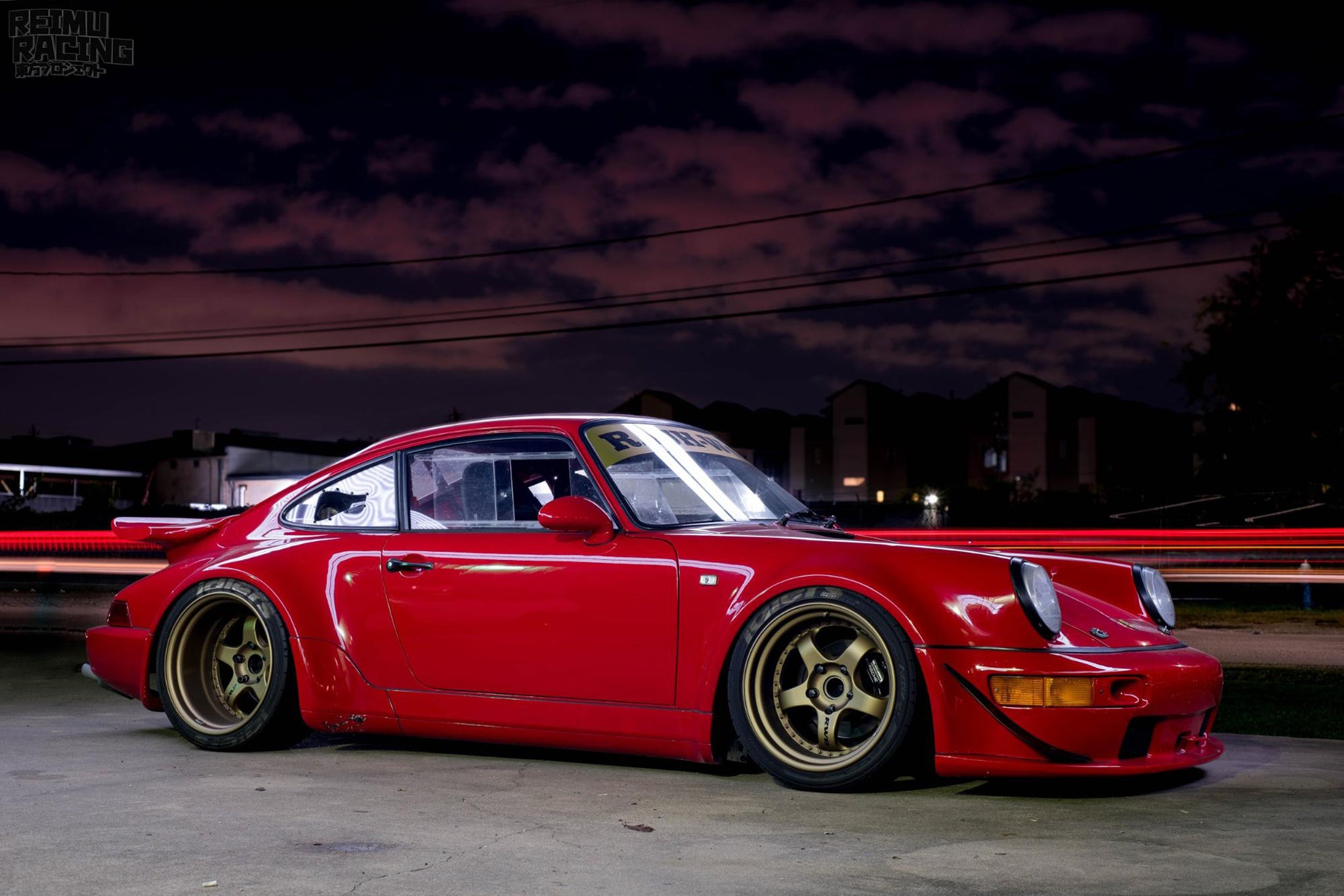 The culture, too, is somewhat opaque to me, despite being friends with many Porsche owners who are perfectly friendly (I mean, one of them is giving me his car to drive, after all). There’s a certain insider feel to it, not the “gotta go fast” earned respect of the MK4 Supra tuner crowd that comes with a 2JZ putting down four digits to the rear wheels, or the “fourth cracked oil pan this year” intentional difficulty of living with a slammed car. It has more of the country-club feel—the joint is special because you’re in it, and your friends are in it, and you have something special that only your chums can truly understand.

Running Through the Gate

My burning curiosity, therefore, has become: Is there truly any way that these cars can live up to the absurd pedestal they have been placed on? Porsche has ruled the sports coupe game since the 60s. It’s hard to imagine an automaker accomplishing that without building a truly great car, but then again, something like the Corvette has lasted for longer, and they don’t seem to have the same shine to their image, regardless of whether that’s fair or not.

And so the day has come to finally drive one. I am tossed the keys to my friend/talented photographer Kevin McCauley’s 1980 911 SC. It is the ideal introduction, an excellent baptism. Porsche has made a wide variety of incredible sports cars over the decades, but everything about an air-cooled 911 is iconic. The sound of the flat-six, the iconic shape of the fastback greenhouse—virtually unchanged since the platform’s inception in 1963—and the heckeblende P O R S C H E tail lights all immediately conjure to mind great moments in motorsports, in film, even in gaming. 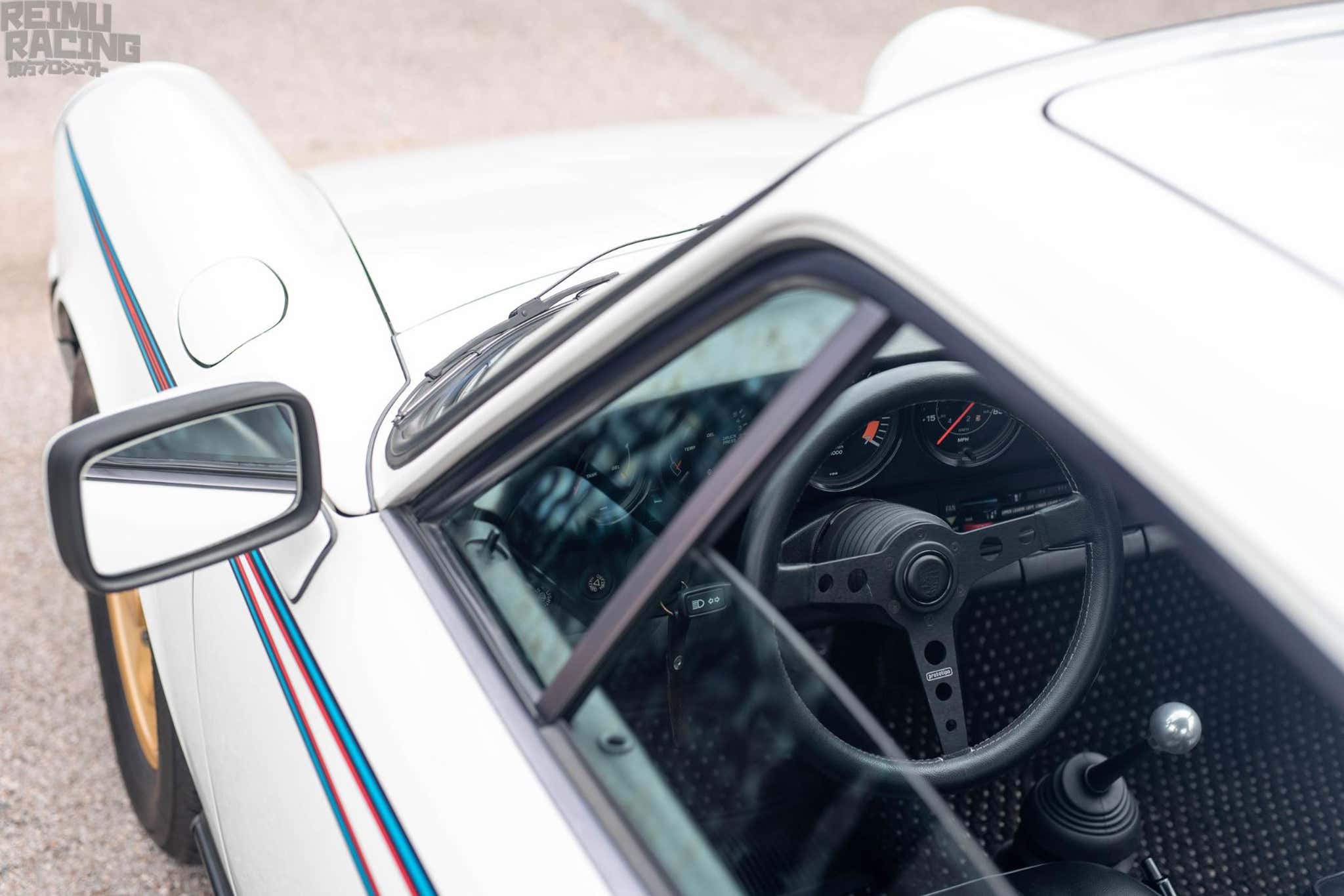 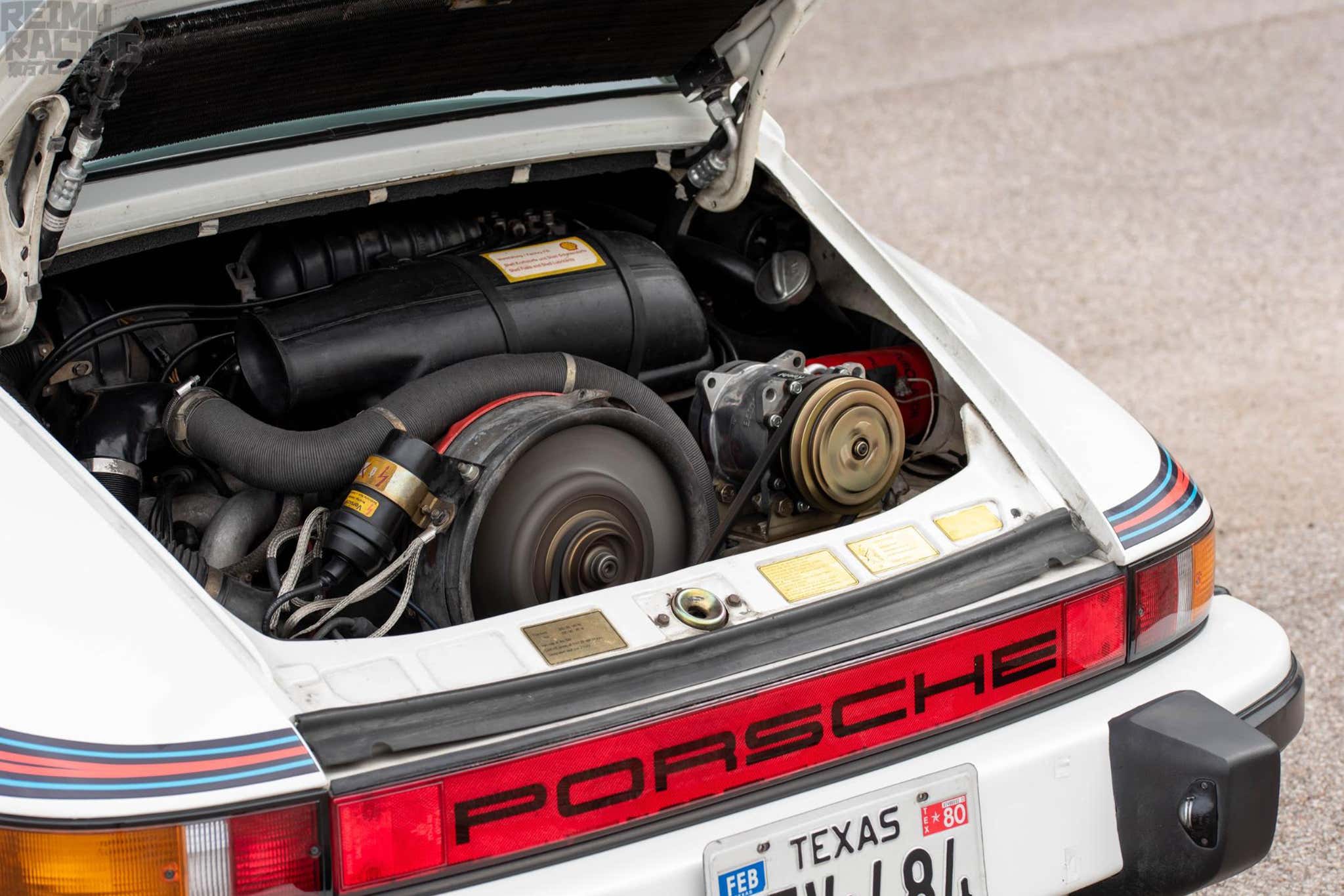 We think similarly—Kevin speaks highly of the styling of his 911, being a visually minded person like I am. The classic fastback profile and beautifully rendered C pillars appeal to him on an aesthetic level few cars can dream of, and I can’t disagree with him. His select visual modifications (the M42 option code Martini homage stripes, a deleted rear wing to enhance the profile, and golden European-spec Porsche OEM wheels) make his argument all that much stronger.

He wasn’t born a Porsche fanatic, either. Track days in an old 350Z were his start as an enthusiast, and when he was tossed the keys to a Porsche to take for a few laps, his life was permanently changed. From the Z, he moved on immediately to a used Boxster S, and then finally to this gorgeous 911, which I’m pretty sure he’ll grow old with. The bug had bitten him. I fear the same might happen to me.

The Affirmation of Driving a Classic 911

In a way I do not want to like this car, in part because the internet runs on contrarian takes. I slide into the driver’s seat and already I can feel objective truth overwhelming me, much to my chagrin. The cluster is timeless and stunning—it could be from 1950 or 2020. The seats adjust well to my lanky frame with a surprisingly plushy bounce. The road ahead is framed between the domed fenders; it feels as though I’m lining up a Messerschmitt through a reflector sight as I round a bend, with how nicely the front of the car frames the view and gives you a heads-up to your direction as you roll onto the power. But! Perhaps I can still find a way to give fault once I get really going here. 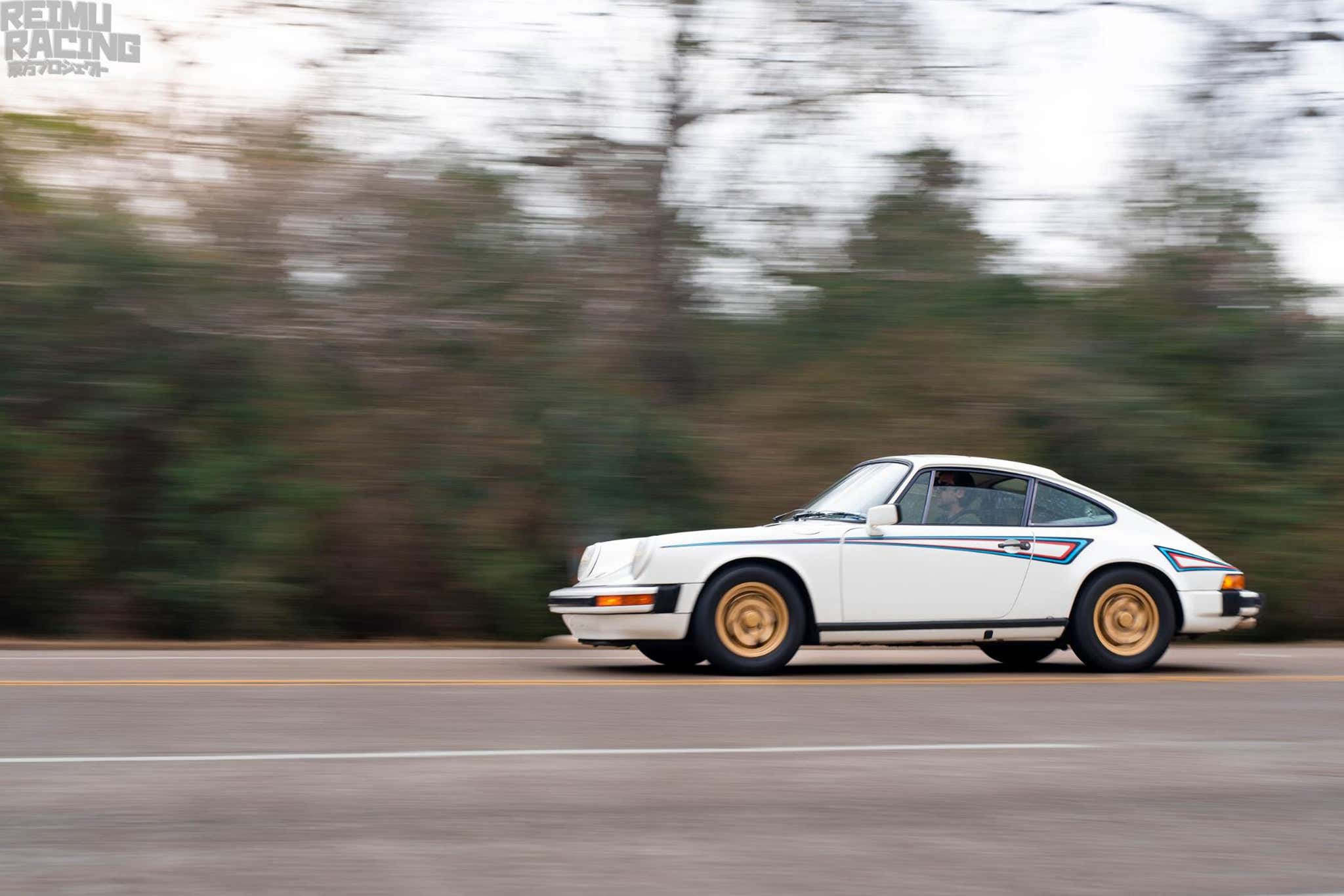 But, then I shift gears and I do roll onto the power, pitching the car into a gentle, wide forty-five-degree corner, unsure of how the relatively economical tires will handle. I know from second-hand stories—and a basic grasp of physics—that putting three liters of engine over the rear axle tends to make for a snappy experience. I would very much like to not inertia drift Kevin’s pride and joy, so I push forth full of anxiety. My fears are unfounded. The car responds with poise, unlike any other I’ve driven. I’ve driven ’70s cars, ’80s cars, ’90s cars, even modern machinery, and none of them feel quite this raw while still offering a modicum of comfort. Oh no. It got better, and I adore it. This is where my thoughts become trite. How do you tell a story anew about falling in love with a car that has been proclaimed as the standard-bearer for performance decades before you were even born?

And so yes, the car blew me away. It is without a doubt one of the most competent sport tourers ever built, and the few mechanical modifications Kevin has made to this example—namely, some nice pipes to allow the throaty three-liter to sing, and a short throw shifter—make it basically impossible to find a fault with it while attacking some corners or launching it up an on-ramp. So allow me to talk about the things I enjoyed while cruising which I frankly just didn’t expect to even notice. 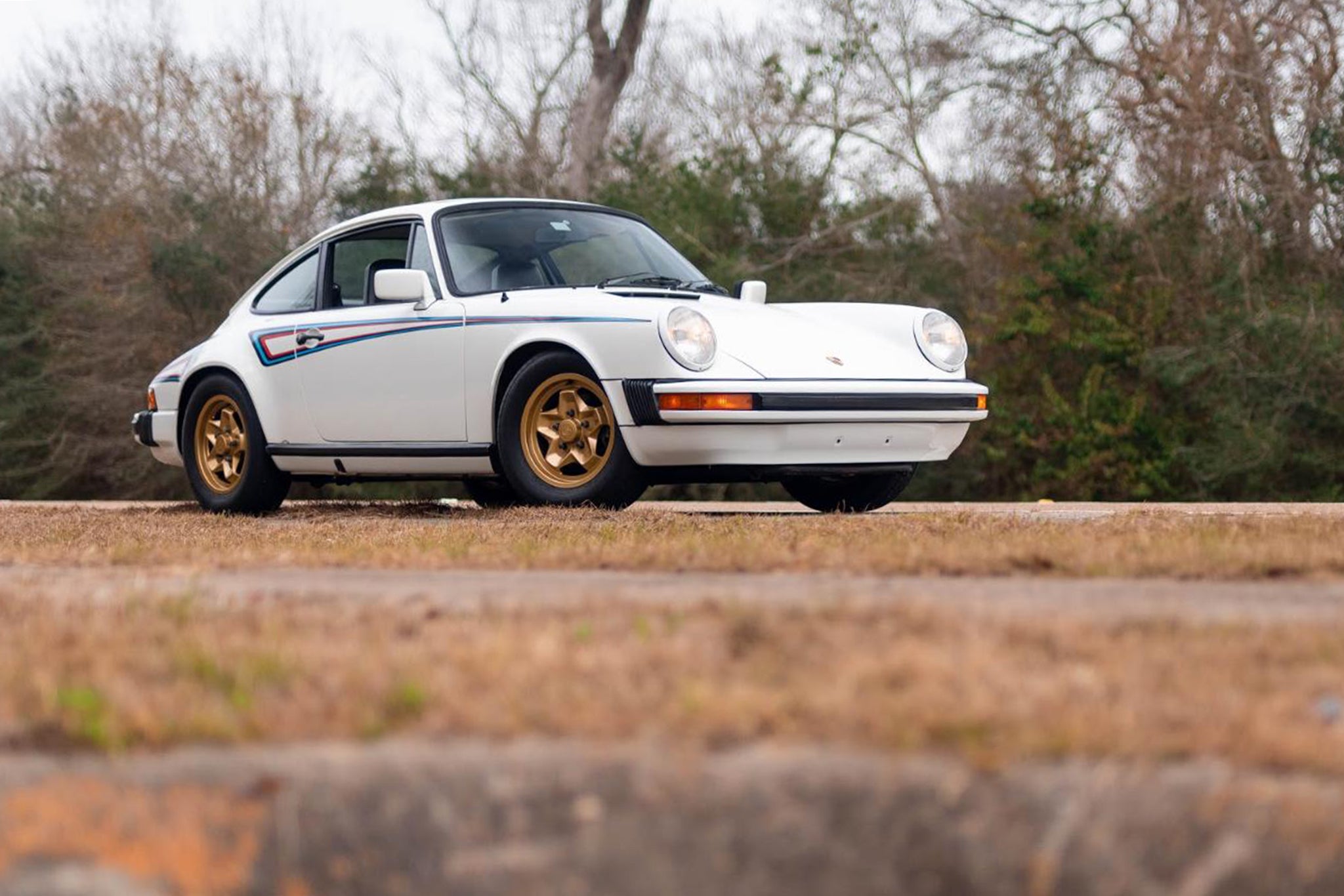 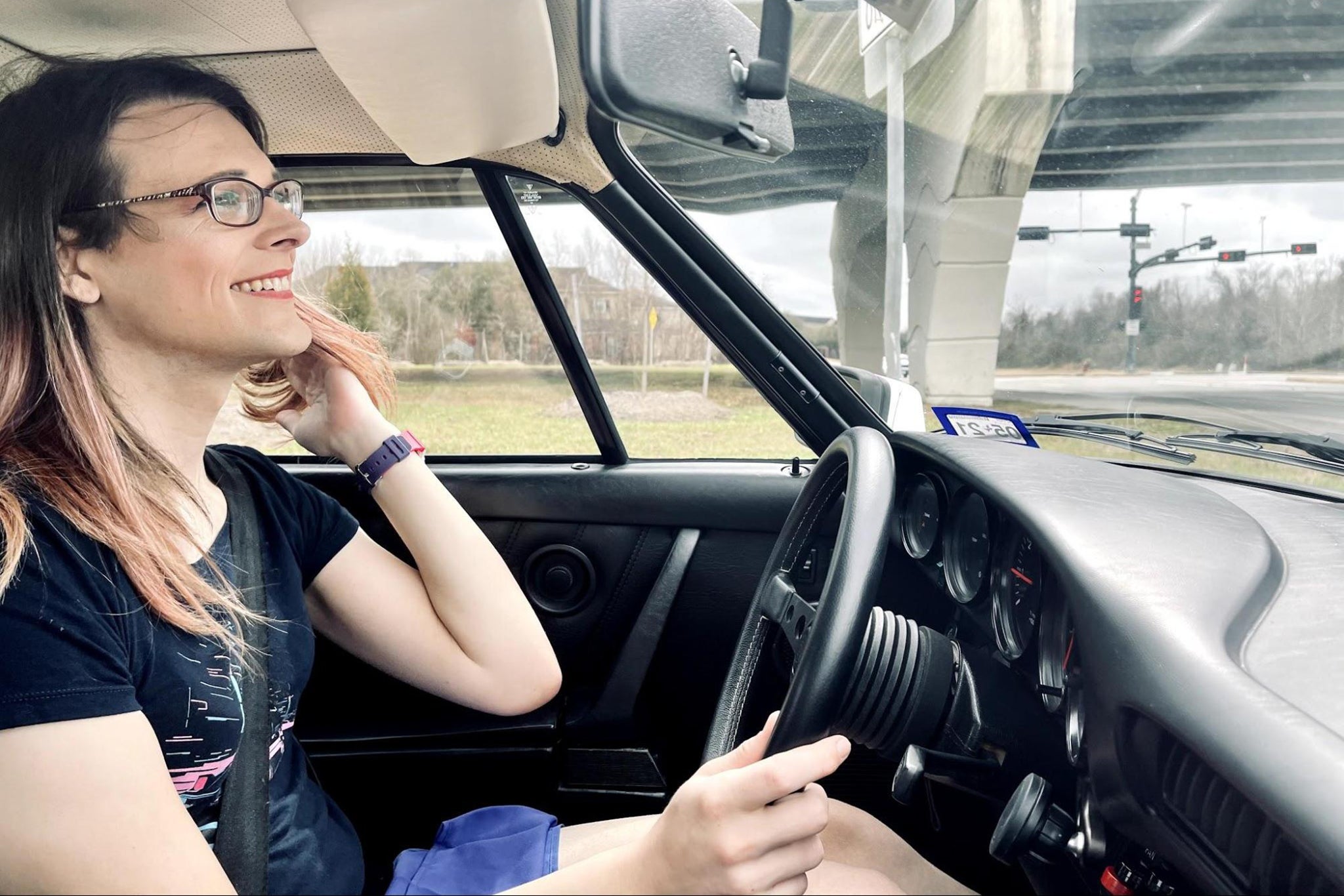 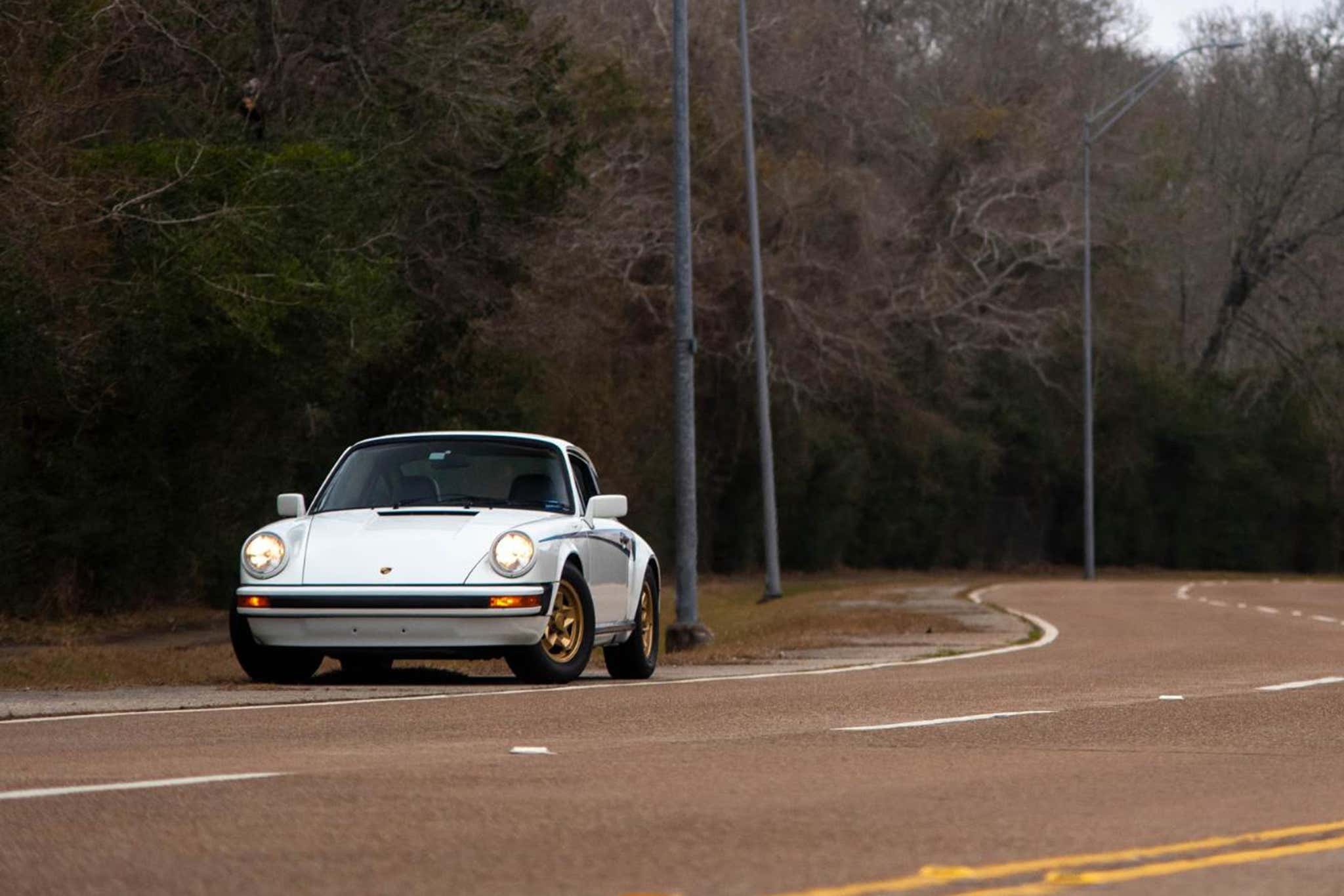 The interior is stunningly well built. Even my 1983 Mercedes 300TD—a car that cost an inflation-adjusted six figures when new and had similar mileage to Kevin’s car—was nowhere near this pin-drop rattle free this late in its life.

The lack of a transmission tunnel allows for you to slide the seat up close on top of the wheel, arms and knees bent like a Le Mans driver crammed into an old prototype, eking out every last ounce of leverage when you need it… but you can also slide it back, cruise with one arm out the window and one on the wheel, and just eat highway miles for days.

The steering is video-game precise. The manual rack truly provides connection to the asphalt in a way no other steering linkage can, but with all the weight loaded at the ass end of the car, it keeps it from ever feeling like a chore to park or slowly dodge potholes in rush hour.

The visibility with the round headlights framing your view and wide open glass on all sides is spectacular, even by “no-rollover-testing-invented-yet” ’80s standards. 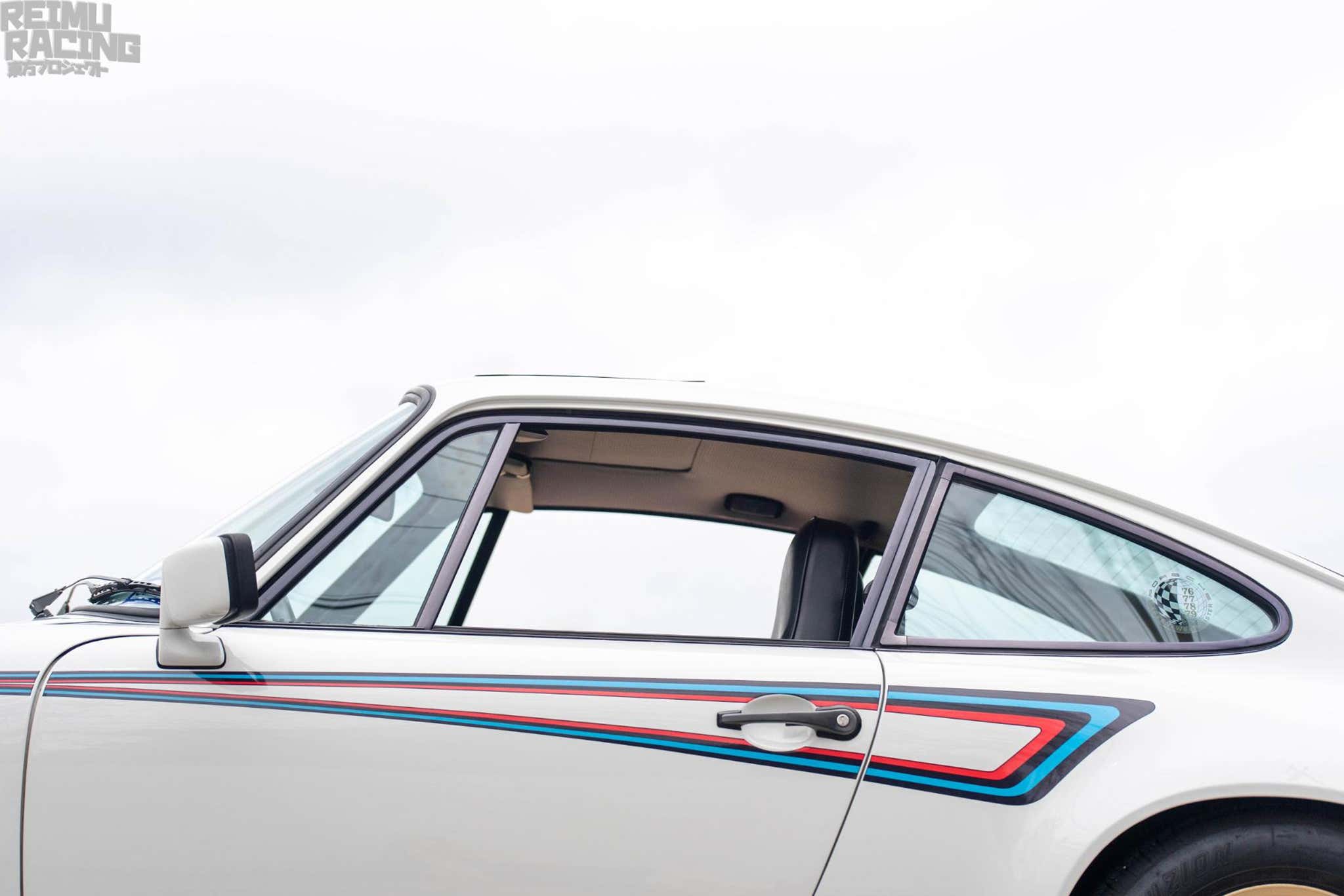 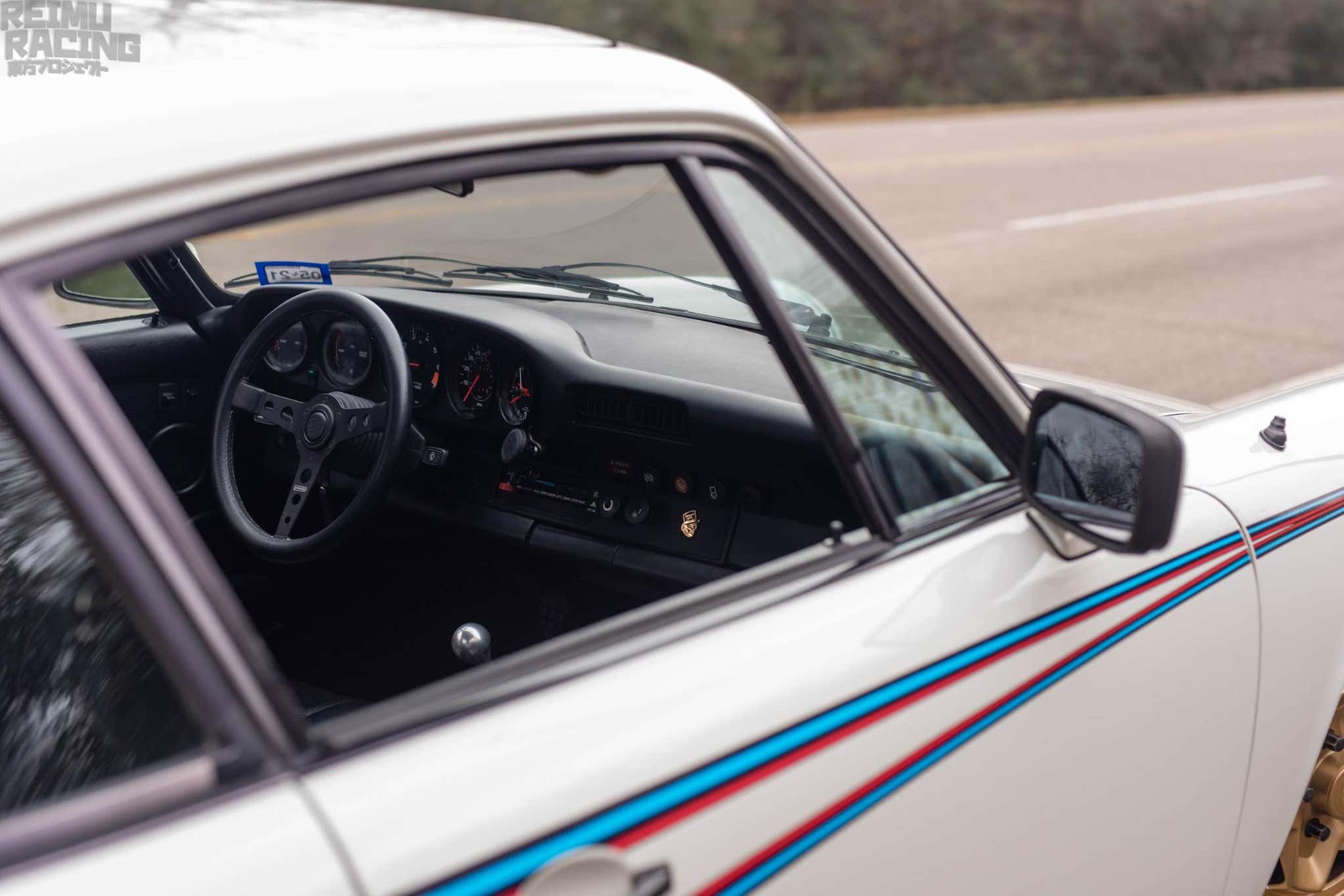 The term “Teutonic” is overused, but it is so appropriate here I’m gonna go full steam ahead: The interior is Teutonic in nature. That is to say, it feels like an incredibly smart engineer, the kind Germany is famous for, developed what we would now call the driver UX/UI. It is opaque and unfamiliar at a glance, and it is dense with information, and with a glance through the owner’s manual it all makes complete sense. It rewards you for becoming familiar with it and once you are, it’s one of the easiest to scan I’ve seen, especially coming from an era where cars prized aesthetics over readability.

So what’s not to like? Well, the shifter feels weirdly out of place. Slamming gears is a mediocre experience, and in a car that is literally perfect otherwise, it stands out. The price is very, very high on these now, despite the relatively high production numbers. The stock stereo sucks, I guess? I’m grasping at straws here. I really cannot knock this car. 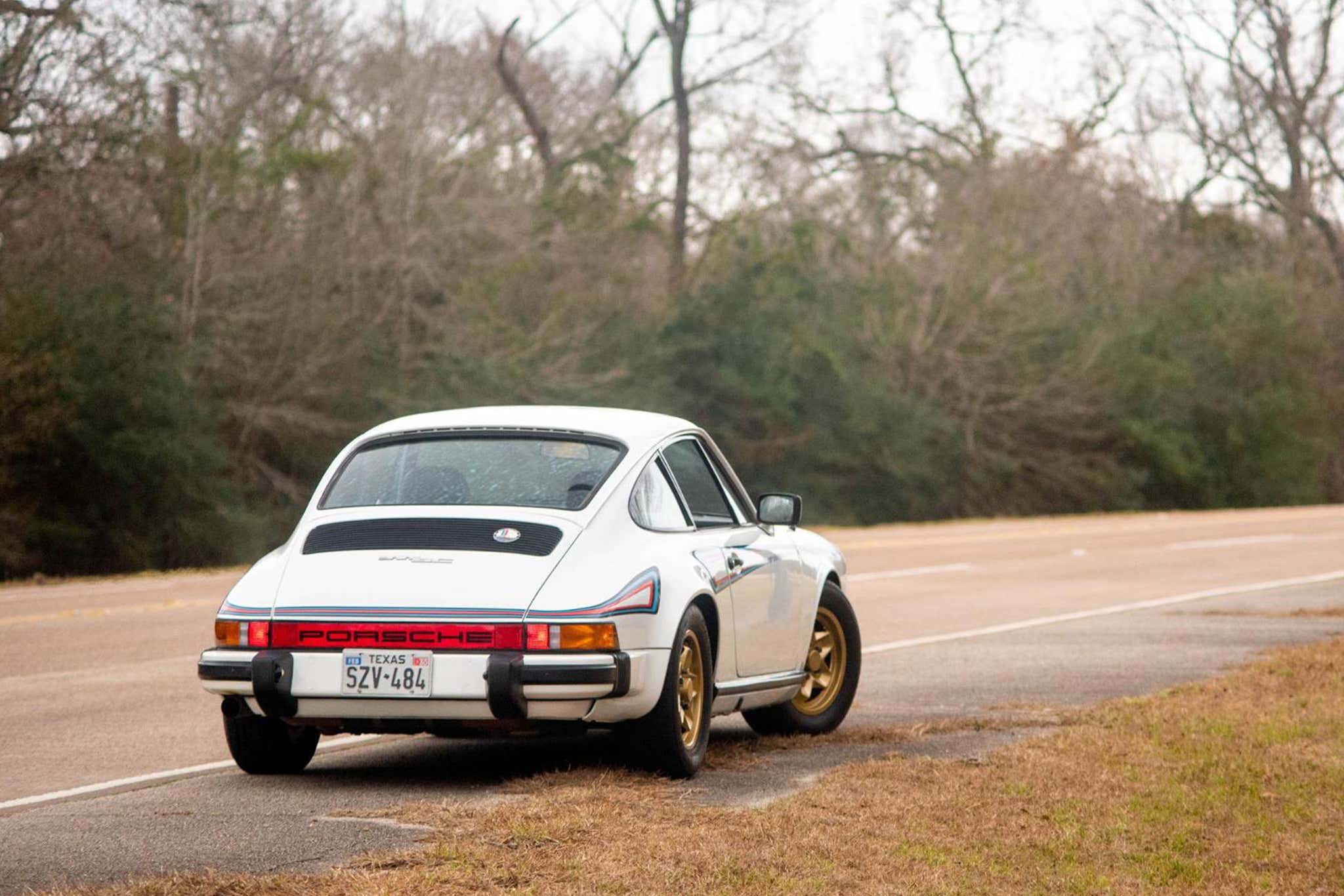 I want so badly to portray myself as different than the crowd, but I also want to be honest, and my honest opinion is that the Porsche 911 kicks ass. Groundbreaking journalism, I know, but I would daily drive this car without a second thought. Hell, I’ve been browsing classifieds for Boxsters since I drove this, and I’ve never once seriously thought about owning a Porsche before.

It feels rare to say this in a post-truth world, but sometimes everyone agrees on the basic facts of reality, and that describes the 911 to a T. It really is just that good, and the people who drive them, knowing they’re part of a special club, are correct in their self-assuredness. I have had the good fortune to meet a lot of my inspirations as I delve deeper into my career and I’ve been ecstatic every time they exceeded my hopes, and the 911 is the poster child of “meet your heroes”. Sometimes the people and cars we collectively hold in high regard deserve every ounce of adoration they receive.

A year in isolation is a dissociative experience, doubly so as you watch the fractures in our common understanding grow deeper and wider over every little thing. It is almost indescribably gratifying to jump back into society and be met with an objective fact on four wheels. I can agree with everyone on the truth, and that truth is very obvious: The 911 is and will always be a masterpiece. 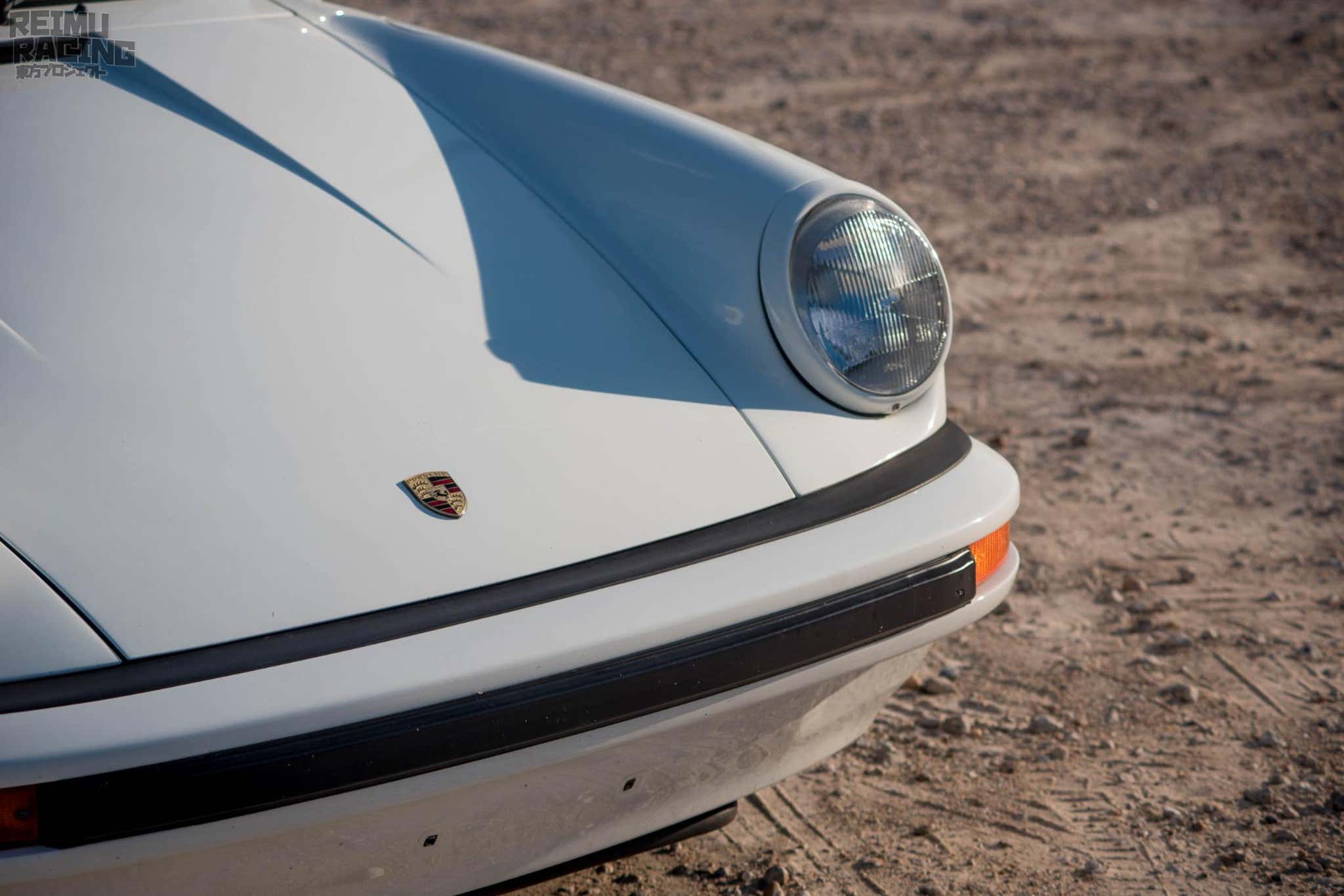